David Brooks feels superior to you

…a zillion commentators over the past week, whose indignation is based on the assumption that if they had been in Joe Paterno’s shoes, or assistant coach Mike McQueary’s shoes, they would have behaved better. They would have taken action and stopped any sexual assaults.

Unfortunately, none of us can safely make that assumption.

None of us? Not one? Really? Or are you just talking about yourself and the herd, David?

Because I don’t disagree that you and the herd are cowards.

IF I EVER have two seconds before a meteor hits me, and I want to tell my six-year-old boys what a man is, this is what I’ll say:

A man stands up.

If I misjudged the meteor and I have another thirty seconds or so, I explain that when I say “man,” it’s because of my personal associations with the word, not because women are excluded from the thought, and that because I have boys and need to address what they will do when they are men, I’m being specific with my language and we’re all male.

If it turns out it wasn’t a meteor, it was just a Nerf ball with orange streamers taped to it, I retrieve my glasses and return to my point:

Standing up is difficult. We’re trained since childhood to be good, be nice, be respectful of authority, do what all the other children are doing, strangle our natures for the good of the collective and the sanity of the teacher. Sheep training begins on day one of preschool. Sit still, don’t speak without raising your hand, don’t yell, don’t hit, don’t object, don’t allow yourself to be triggered when your sense of right and wrong is activated. Never take responsibility for halting an injustice. Leave the scene, find a teacher, and assume authority knows better than you do. Be a social animal. Go along to get along.

Here’s what I guess nobody ever taught you, David Brooks: To know you’re going to stand up, you have to decide what you’re going to do in advance when you walk around that corner and find that child being abused, because that’s the very moment when your herd mentality and your subordination to authority and fear of physical harm are going to kick in. Yeah, you got that much right in your article: You are going to feel those pressures and fears, your adrenaline is going to go crazy, and your moral blinders are going to slam shut.

But none of those—not one—is what you’re going to do next.

So what are you going to do next? Do you know? Apparently the answer is yes: You spent a whole Times article forgiving yourself, in advance, for doing nothing.

But you don’t speak for the grownups, child.

BUT LET’S SAY I’m wrong, and you write things you really believe, with no consideration for the number of comments and page hits a little button-pushing gets you.

You invoked the Holocaust: I invoke Oskar Schindler.

You invoked Rwanda: I invoke Gisimba, Wilkens, and an unknown army major.

You invoke you: I invoke me.

The main difference between us, I imagine, is that I know who I can stand to be afterwards. I don’t know whether I’m strong enough to do it when an army is approaching—I haven’t been tested, hope not to be, and frankly doubt I’m up to that—but I know what I’ll do if I see a child being raped.

You say you don’t?

So many people do nothing while witnessing ongoing crimes, psychologists have a name for it: the Bystander Effect. The more people are around to witness the crime, the less likely they are to intervene.

THIS IS TRUE and incontrovertible.

It also doesn’t support your premise. It’s about groups. It has little bearing on one person encountering one person committing an atrocity on one person.

May I, and those who believe as I do, be given the opportunity to prove ourselves. Because it will mean that when someone needs help, we—not you and the herd—are there.

For some of us, it’s a test we will feel the need to rise to.

Some of us won’t.

Some of us will.

Filed under Being a grownup, Bravery, Community, Favorite, Kids, Parenting, Whatever

I’m very pleased to announce the authors of RIDE! 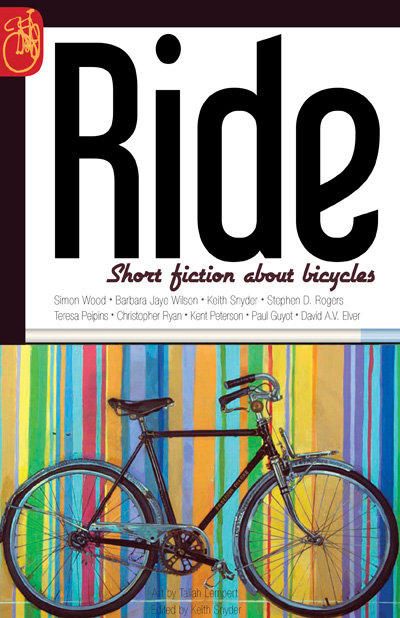 The RIDE blog is up and running—and the first post is:

I’m very pleased to announce the authors of RIDE!.